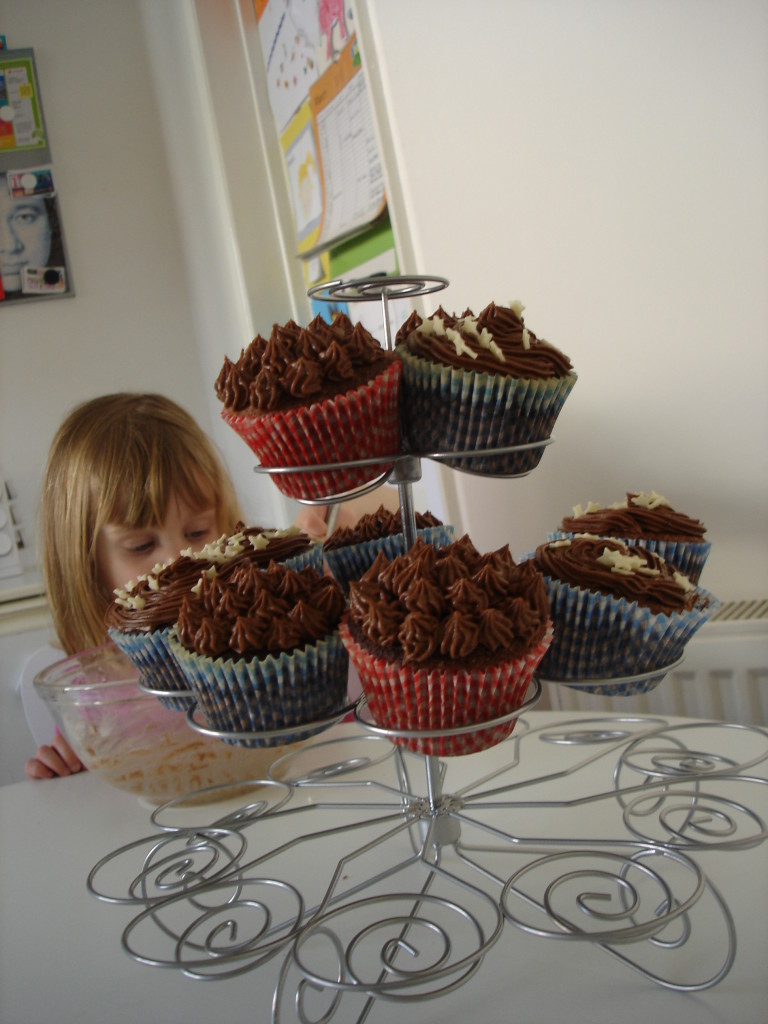 This was first published on the Recipe Resource as a guest post.  A shortened version was also shared in my monthly column with the Express and Echo newspaper.

I vividly remember the day our daughter was diagnosed with coeliac disease. We were on holiday in Cornwall and were expecting the call.

It was June 2010, a month before our daughter turned 3, the sun was shining and we had a poorly child on our hands.

When I say poorly, I don’t mean with a temperature, I mean constantly fatigued, bloated and in pain with frequent unpleasant trips to the toilet that were the norm for her.

The week before, she had undergone a general anaesthetic so that the doctors could carry out a biopsy of her intestine.

Before that she had had a positive blood test result for coeliac disease. However, as was the process then (things have changed slightly now), she had to undergo the biopsy to have a confirmed diagnosis, and oh how we agonised over that decision…

When the call came it was a great relief, much like that of when we were told that she had pneumococcal meningitis (a story for another day)…finally we knew what was wrong with her.

As those of you who are parents will know, not knowing what is wrong with your children is the worst feeling in the world. Those nights when you lie awake while your brain trawls through all the dreadful things that could be making your child ill, are the longest and darkest of all.

At last, after a year of worry we had an answer. And, being wheat intolerant myself, it wasn’t so much of a challenge to cook foods that were gluten-free, the only way to manage this autoimmune disease.

The day before the phone call we had taken our daughter for her ‘last supper’ as it were.

We had walked (well, we had walked, my daughter had been carried) along the beach to have fish and chips as the sun glimmered on the gentle sea. It was a beautiful setting for what would be her last meal containing gluten.

It could make us sad looking back at that day, but the transformation that occurred within days of removing gluten from her diet, was absolute.

Her colour returned, her tummy reduced in size by about half, she no longer complained of tummy aches and more amazing than anything, so sweet is the memory, she was able to walk up a flight of stairs on her own and run along the beach, the wind blowing her hair behind her as her shadow chased her.

So, although there are times of sadness, when she goes to parties and has to take her own food; when we eat out with family and all she can have is a jacket potato when everyone else is enjoying chips; when she misses out on an activity at school because it involves gluten and nobody has thought of her…we have to remember how she was before.

And that is the reason behind the Free From Fairy.

To bring some magic into a little girls life; to make her feel special. To share my knowledge of adapting meals and ones life to meet the challenges it presents to those with restrictions to their diets.

If I can help one other person who is struggling to come to terms with a food exclusion then I have achieved my goal.

So next time you meet someone who has to avoid certain foods think about what they have been through and give a thought to how it would make you feel if you couldn’t have something you loved and that everyone around you could eat.

Whether that person has coeliac disease, has an allergy or is intolerant to certain foods, one thing can be assured…that they have suffered in some way and their feelings should be considered.