This no bake chocolate cheesecake is very simple to make. I’ve used left over pieces of cake to make the base but you could stick to the original style base if you preferred. 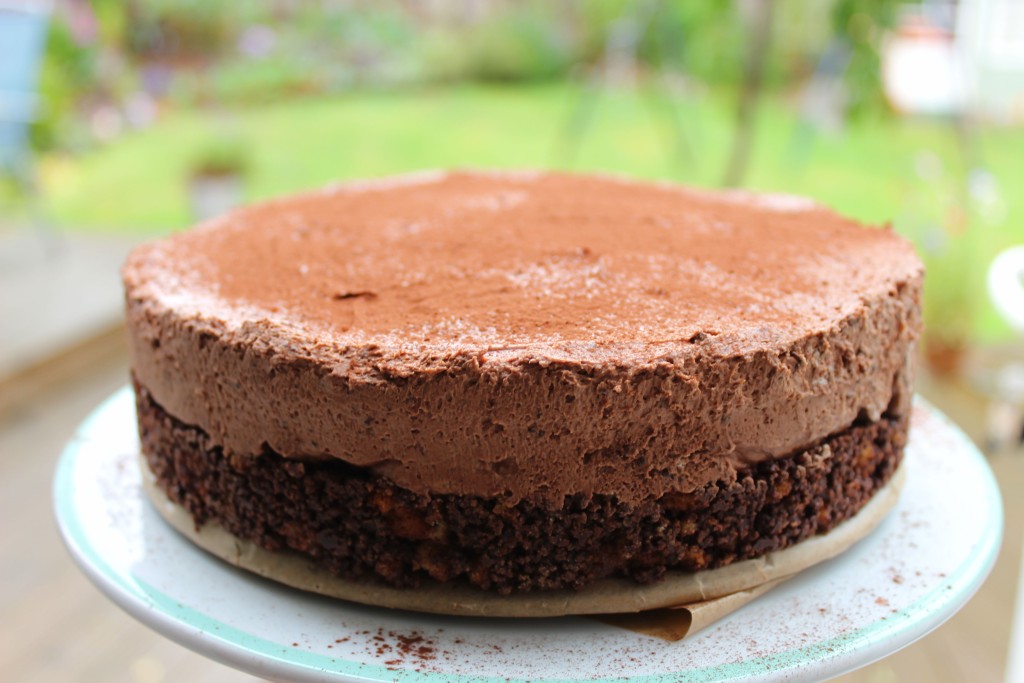 A tub of cream cheese, a lot of cake scraps, mountains of double cream and a BBQ to attend…

At 6.30 this morning my mind got to work on this little challenge and came up with a no bake chocolate cheesecake with cake crumb base.

But before I go on to share that recipe I’ll tell you why I have cake scraps, cream cheese and mountains of double cream.

Of course if you don’t care feel free to skip to end of the post and get to the recipe!

Since starting the GAPS diet back in May I have avoided all dairy except for my homemade creamy yoghurt made with double cream.

This has been a decadent treat that I found that my body seemed to tolerate when it didn’t seem to get on that well with homemade yoghurt made from milk.

The reason for this is explained in the GAPS book.

People with predominantly diarrhoea do better with high protein dairy products such as milk yoghurt, kefir, whey and cheese.

While those with constipation do better with high fat dairy products such as butter, ghee and sour cream – aka creamy yoghurt.

However my tummy has never been entirely happy (and for the past month or so, very unhappy) unless I just eat the most basic of foods.

Feeling fairly desperate I therefore decided to give up my beloved creamy yoghurt earlier this week…just after ordering another two 600ml pots of double cream from Tesco to make some more. 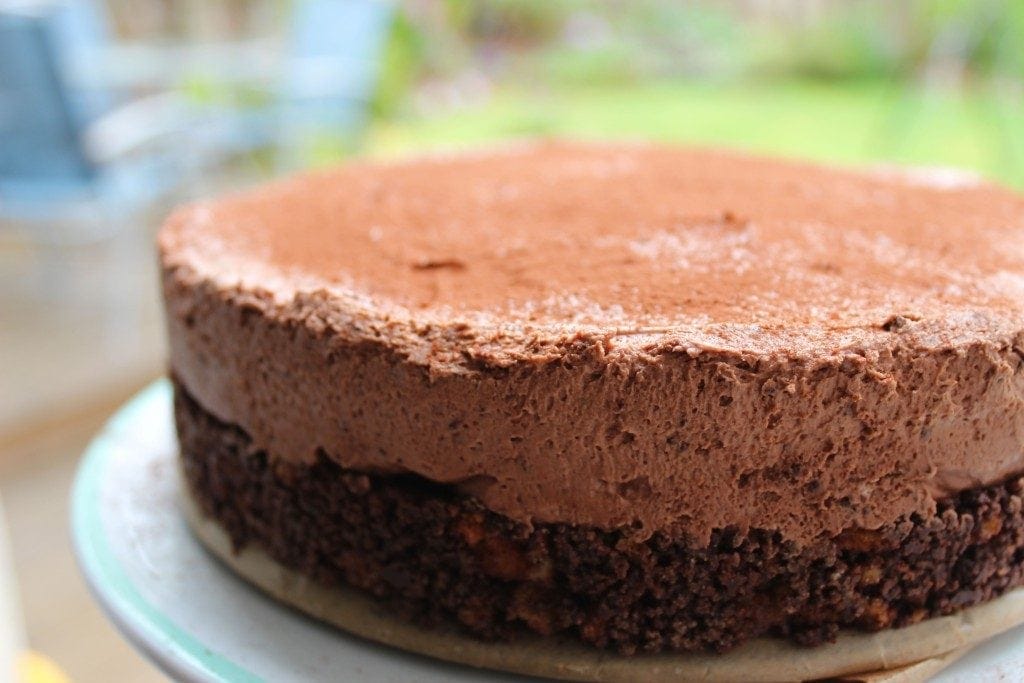 The good news is that my tummy is starting to feel a little happier.

It could be all manner of things.

It could be the fact that I have been on a full dose of Symprove now for a week and a half.

Symprove is a water-based probiotic that is proven to deliver the good bacteria directly to the intestines due to it not triggering digestion as other probiotics do.

Or that the medicines that a functional health doctor has given me are finally making me feel better (having made me feel worse).

Who knows but I’m happy.

What are cake scraps?

Back to the issue of cake scraps.

I’ve been making this cake for ‘Roo’. 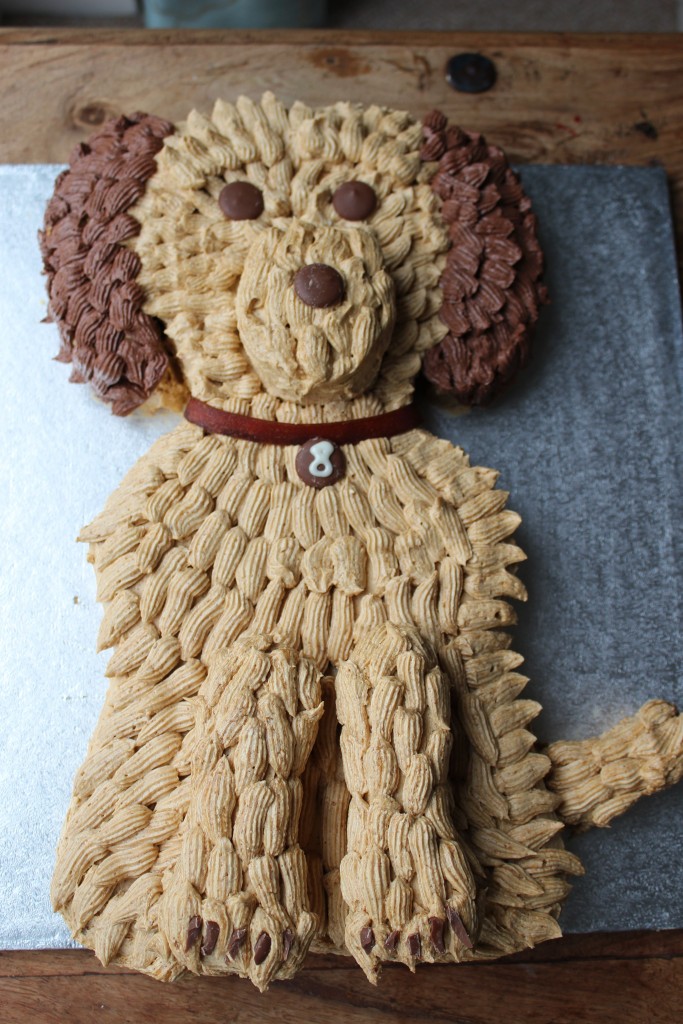 And it has driven me crazy.

Small bits of cake for the feet and tail fell apart.

I forgot to cut out the ears from the tray bake.

And the grass icing nozzle that I bought at great expense to do the fur, blocked.

To make the cake I baked a large traybake using my foolproof gluten free cake recipe.

I then printed out a picture of a dog which I used as a template to cut the cake out from.

This resulted in cake scraps that I’ve used to make the base of this cheesecake. 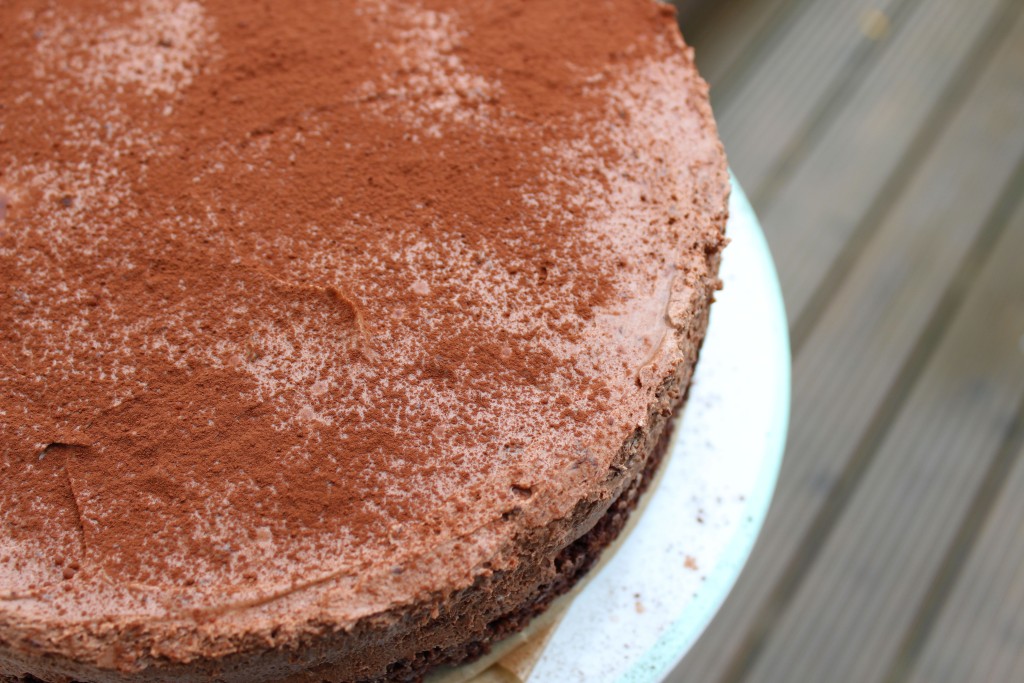 I took inspiration from a classic Good Housekeeping no bake cheesecake but used my special ‘cake scrap’ base and the ingredients that I had to hand.

However if you wanted to make a traditional cheesecake base just follow my recipe for lemon, lime and blackcurrant cheesecake.

If you like this recipe then check out my chocolate baileys cashew cheesecake, lemon cheesecake or raw chocolate cheesecake recipes.

You could also get a free copy of my most popular cake and bake recipes:

Pin my recipe for no bake chocolate cheesecake: 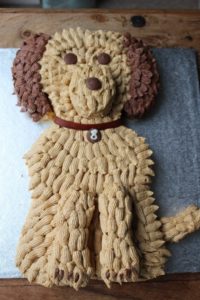 Hi. I'm Vicki Montague, scientist and mum to 'Roo' (14) and 'Sunshine' (12). I'm a freelance recipe developer specialising in 'free from' food and spend many hours in my kitchen experimenting to create exciting healthy recipes that are all gluten-free & mainly dairy-free. In July 2016 I launched the world's first wholegrain, gluten-free and rice-free flour blends. In May 2018 I launched my first online programme to help people adapt to a gluten free life. I can be found at food festivals giving cookery demos and I love nothing more than teaching people how to cook and lead a positive wholesome life. Find out more about my story...